(Always drink responsibly.  Seek help when alcohol affects your life and the lives of those around you.  For readers of a legal drinking age.) 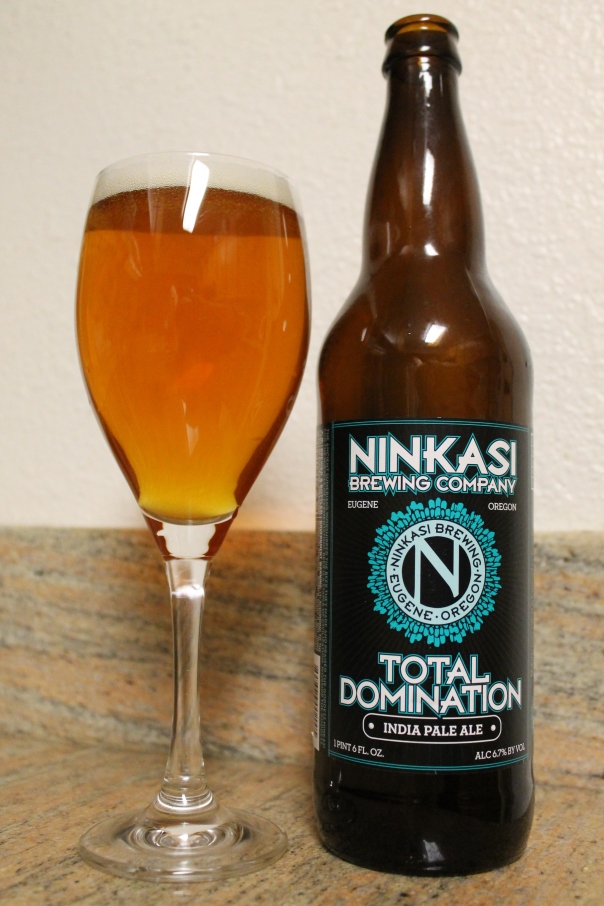 I met Ninkasi for the first time at the Craft Beer Festival two weeks back.  Admittedly, after sampling so many brews I was in no shape to say much on behalf of the distinct characteristics, so since then I’ve made an attempt to find those beers again and write with a bit more detail about their wonders.  Ninkasi Brewery of Eugene, OR is named for the Sumerian goddess of beer.  Zach found the Total Domination IPA with 6.7% ABV and 65 IBU (enough acronyms!) when we were getting gas at the quaint mom-and-pop station just up the street from our new digs.  I thought it was fairly light in flavor upon first sip, but I didn’t know it was 65 IBU until after tasting it.  Yes, it was bitter, but I like bitter so sometimes I see through that.  I guess by light, I mean that the flavor itself danced and was mild, making this very sippable and enjoyable.  “Worship the goddess,” indeed.

Posted on May 2, 2013, in Specialty Brews and tagged beer. Bookmark the permalink. 2 Comments.